The artists responsible for the doujin were Hiiragi Popura and Yotsuba Chika, who came together to create this beauty. To help you understand the story of Yuusha Aku ni Ochiru, the manga itself presents the infographic below, to explain everything properly: Pay attention to understand what is going on here. We have Yuusha Amber, whose girlfriend is the Holy Maiden Eliane. One day the Maou kidnaps Eliane and corrupts her by abusing her, Eliane is corrupted and becomes the Maou’s wife and a demon named Ruoxi.

Amber goes to the Maou’s castle wanting to save her lover but sees that Eliane is now evil, Ruoxi kills Amber, but she takes Amber’s soul and says she will reincarnate him as her daughter with the Maou, but before that she shows him all of her memories of being corrupted by the Maou, The Netorare!

Yuusha Amber ends up reincarnating as Meifa, daughter of the Maou with Ruoxi! Amber, now as Meifa, ends up getting into carnal activities with her father and mother while she kills humans!

My reaction when I read this doujin was exactly this: 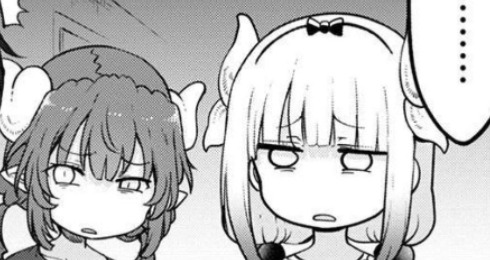 Other reactions from those who read this doujin:

“How Demon kings are born”

“He should’ve came back to his senses and then killed them both towards the end. Would’ve been cooler.”

“What in the actually fck”

“You guys ain’t seeing what I see, one panel she is flat as fuck, next one boobs suddenly show up”

“Bro, that Demon King is an absolute MENACE. The man just helped the hero’s lover unbirth the hero, have the hero get reborn from his used-to-be lover, AND PROCEED TO FUCK THE NOW REBIRTHED HERO. Like damn, that has to hurt.”

As bizarre as this doujin is, and it really is, it’s not the first time the TSF group on F has released this story. In 2018 they released a doujin called “Eien ni Kimi to”. This doujin has the same plot as the Yuusha Aku ni Ochiru. Anyway, what else will netorare provide us?