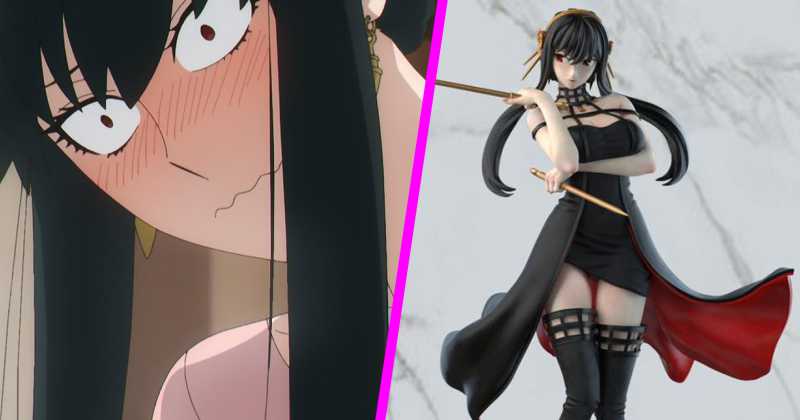 In addition to the Goblin Slayer Elf figure, Yor Forger already has a R18 Unofficial Figure! I had seen this Yor figure last week, before episode 4 of the anime was broadcast, but I waited a few days to post about it here.

Produced by Atlas Studio, this is a very sensual figure of Yor Forger, Anya’s adoptive mother and who I think is the “Waifu of the Season”, Her skirt is slightly raised and her breasts are well highlighted in this figure: The figure is in 1/6 scale, with a total of H 33.7 x D 15.8 x W 19.1 cm, limited in quantity, there are two versions of this figure, the normal one you see below, where Yor comes with her standard assassin outfit: But we also have the “Deluxe” version in which Yor is fully naked, and you can check out the pictures of this figure on Cakemoe’s website (unfortunately I can’t publish it here), unlike the Elf figure, which had the natural censorship, Yor deluxe version photos are uncensored. For your figures, J-List: