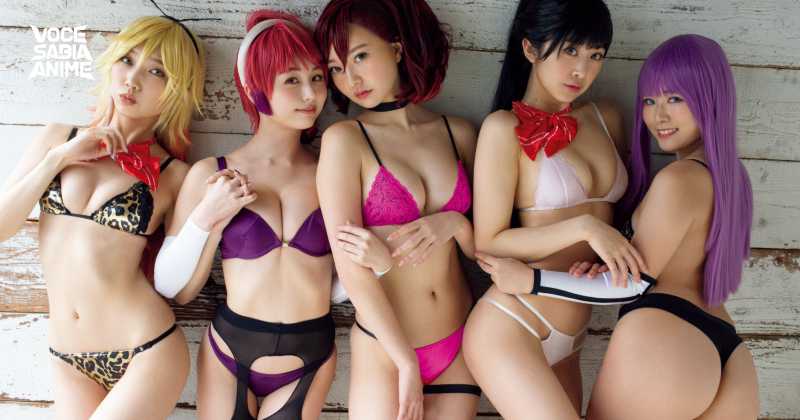 World End Harem appears in Playboy with sexy cosplays! But first let me explain something, the magazine “Weekly Playboy” that is published in Japan, is not the same type of the American Playboy ok, although it has senausi pictures. That said let’s get to the post!

Among the cosplayers we have Shinonome Umi, Kurita Emi, Naomi Majima and others, below you can see the official publication of the anime profile, calling the people to read the magazine:

We have individual photos of them as well as group photos, like the ones below: What did you think of the cosplays?

When Reito awakens from the deep freeze, he emerges into a sex-crazed new world where he himself is the planet’s most precious resource. Reito and four other male studs are given lives of luxury and one simple mission: repopulate the world by impregnating as many women as possible!