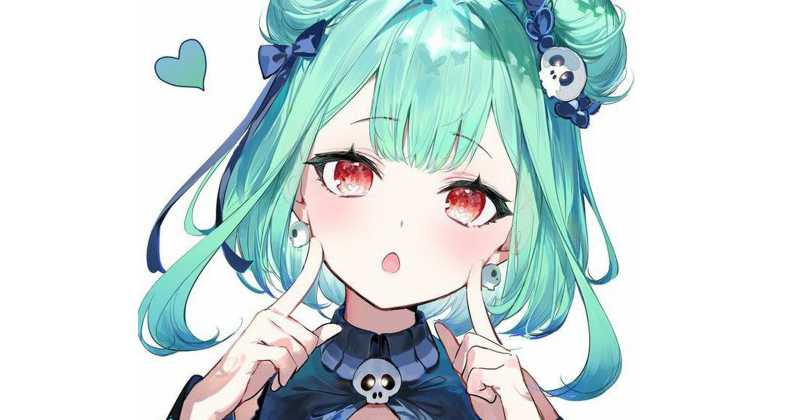 And in our newest episode of internet dramas, VTuber Rushia Would Have a Boyfriend and Fans Are now Feeling Betrayed

Anyway, first of all I wanted to warn you that this is a long post, I could just tell you what happened and it would probably be better that way (I know that posts with long text have few views), but I want to explain the whole thing from the beginning.

So, forgive me on this one, it is a long post, but anyway, everything that happened involving Rushia!

Conteúdo ocultar
1 Uruha Rushia and the “Girlfriend Experience”
2 Mafumafu and Mikeneko in 2018
3 Mafumafu’s message leaks in Rushia’s Live
4 Reaction from fans and Netorare
5 KoreKoreCh comments about the Drama on a TikTok live
6 Mafumafu denies relationship with Rushia
6.1 Compartilhe esse post!!

Uruha Rushia and the “Girlfriend Experience”

Let’s first start by introducing and showing who is Vtuber Uruha Rushia. She is a “Girlfriend Experience” type Hololive VTuber, which means she kind of acts like the girlfriend of whoever is watching her.

Her audience consists of people who seek this kind of comfort, if you watch some of Rushia’s clips or lives you’ll see that she constantly gets jealous if any of her viewers mention other VTubers in her live, she acts like a Yandere if she “feels betrayed”, she makes some statements as if she’s his girlfriend too.

I confess that I never noticed this before, but remembering the lives of her that I watched, she really does act like a girlfriend.

Even because of this, Rushia products are released in this kind of experience, such as her birthday merchandise, which consists of her dressed as a bride and even has a wedding ring: Yes, you can buy her a wedding dress and a wedding ring between you and Rushia! That said, now that you understand what the Uruha character Rushia is like, let’s get to the bullshit story.

Now that I have introduced Rushia, we also have the other character in the story, Mafumafu is a male “Utaite” who has been active on the internet for quite some time. He has a VTuber model as well.

In 2018 fans already suspected that he was in a relationship with a girl named Mikeneko (said to be Rushia).

In 2018 5chan launched an “investigation” where they compared photos that Mafumafu and Mikeneko posted on their profiles in order to prove that the two lived together or were in a relationship. Among the “evidence” presented was:

The two have posted pictures of similar crockery, and note, this kitty mug there if you put the two together, it forms a heart with the kitty’s tail.

On one occasion, Mafumafu posted two photos where a woman’s arm appears wearing a bracelet, a bracelet that appears in an pic of Mikeneko:

Stuffed animals from the same manufacturer:

The same kind of accessory for cats:

Anyway, after all this investigation had taken place at that time, Mafumafu came to his profile to say that it was all just a misunderstanding and coincidences and that he was not in a relationship with anyone.

After this message from him the subject died, because the products shown above any Japanese person can go to a store and buy, and it is easy to find them online to buy as well. It’s nothing out of this world.

So it didn’t go any further. But something happened later, Mafumafu was in a live game playing Among Us among friends when he carelessly said “Mi” and then said it again.

This “Mi” is short for “Mi-chan”, which is the way he calls Mikeneko, and if he calls her this way, the two are very close, you should know this from watching anime that when one character calls the other by a more affectionate nickname it means intimacy.

Once his friends realized Mafumafu’s mistake they tried to do damage control by talking “yabe”, “nii-chan” that looks like Mi-chan, etc. Check out the moment below:

But nothing happened, there was no proof that the “Mi-chan” could be VTuber Uruha Rushia, so once again it didn’t go forward.

Rushia and Miko were in a live collaboration playing GTA V when at some point during the game a discord notification popped up in the upper corner of Rushia’s screen.

It was a message from Mafumafu calling Rushia “Mi-chan” and saying that he was going home. Below is the clip of the moment:

After the above message appeared fans began to finally have the “proof” they needed, that Mafumafu was dating and that his girlfriend was Rushia (Mikeneko).

The live is private on Rushia’s channel.

Reaction from fans and Netorare

Now be a Rushia fan, to which you kind of see the girl as your “waifu/girlfriend” and imagine how some of the reactions were. For one thing this has become one of the most talked about subjects on the Japanese Twitter:

There are reports of people wanting to cancel or return Rushia’s birthday merchandise that they bought (which she is dressed as a bride). There have been comments from people saying they will exchange Rushia for Lamy (another Hololive Vtuber).

And some Japanese sites are publishing prints of Rushia products appearing on reseller sites:

Mafumafu products are also appearing on resale sites, you can check out more pictures here.

As could not be missed, Rushia fans are being seen as “cucks” now, and Kanojo Okarishimasu’s famous Netorare meme has been updated: KoreKoreCh comments about the Drama on a TikTok live

There is a channel called KorekoreCh who is friends with Mafumafu, and he did a live stream on TikTok talking to his audience about the current situation that Mafumafu has gotten himself into.

Below you can watch the clip with English subtitles, but be aware that it will be deleted in a few hours according to the owner of the clip channel, then watch now.

From what I understand from what he said, basically to me he confirms that the two, Mafumafu and Mikeneko, are in a relationship, and that he has given advice to Mafumafu before.

He also says that this is not a crime, two famous people in a relationship. He confirms that if they decide to confess, he will also speak up, that Mikeneko is now a VTuber, and that they really screwed up on this one (of Mafumafu’s message appearing on Rushia’s live stream).

But again, he says that this is not a crime and then explains that there are people who really end up loving their favorite VTuber or Utaite, and that for this person it is hard to support after it is discovered that they are in a relationship. And that is why you hide the fact that you are in a relationship.

Mafumafu posted a message talking about this recent affair, according to him, he apologizes for his carelessness, he says that he and Rushia are friends and that he texted her to invite her to play something.

The theories that the two live together are not true, and once again he apologizes for his carelessness.

At the time of this post, Vtuber Rushia has not made any statement, as soon as she comments something I will update this post here.