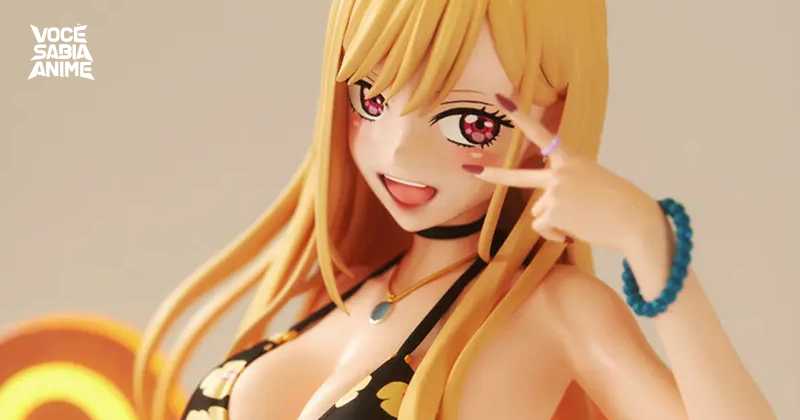 Unofficial Marin Bikini Figure goes on Pre-Sale with R18 VERSION! Attention Otaku! The figure I will show you now is not an official licensed product, it is something PIRATED made by people who can’t hold their own!

Marin in a bikini, that second episode to this day hangs over the heads of otakus all over the world, Marin looked really hot in that episode. This episode helped a lot to boost Marin’s popularity and also helped one cosplayer to double her followers in 1 month! But anyway, an unofficial figure based on this scene has arrived: The figure is in 1/6 scale and shows Marin standing in the classic bikini seen in episode 2, from the released photos the figure has a good quality for an unofficial product. Looking closer you can see that the eyes look like they have been glued onto the figure, but the rest of her looks pretty cool. The curves more closely for you to drool even more in this figure.

Well, now here comes, there are two versions of this figure, the regular that costs 205 dollars and the “EX” that costs 275 dollars, but what the EX has that the regular doesn’t?

Regular version on the left and the EX on the right!

Now I ask you, do you want to see the EX version of the Marin Figure WITHOUT THIS CENSORSHIP? It’s on Cakemoe’s website, which is a brazzilian website about hent** stuff, go here to see the uncensored photos for this figure.