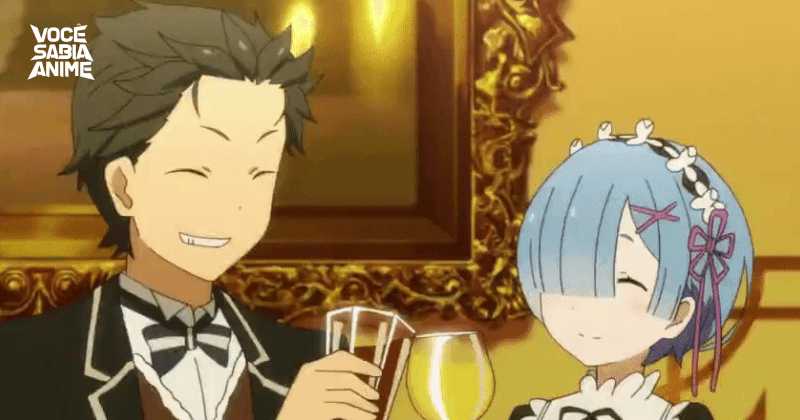 Subaru have had sex early after their escape in Rem If. In arc 3, adapted in the first season of the anime, we have a moment when Subaru is so desperate that he runs with Rem to a secluded place and calls her to run away with him.

In the main route of the story Rem has a touching conversation with him which in the end makes Subaru recover and he turns his attention to the situation in front of him.

It is in this part that Rem declares herself to him and he lets out the famous line, “I love Emilia,” rejecting Rem and becoming a meme: Because of the nature of the story of Re:Zero (loops etc), there are several “If” stories, what if this happened instead? And the author has written several of these IFs stories.

However, there is one “If” where Rem accepts Subaru’s suggestion and the two actually run from the situation in arc 3, this If is called “Rem If” or “Sloth If”, and it ended up in the official light novel in volume 9.

It shows what happened to Subaru and Rem after they ran away, they went far away to Kararagi where the two got married and had two children, living their lives quietly.

In Re: IF, also known as Rem IF or Sloth IF, Subaru was able to climb up the stairway of manhood and lose his virginity relatively soon after he went to Kararagi. According to the author in a Q&A, he did so within a year of travelling there.

Yep, there was actually a Q&A about this which the author answered in 2014! They couldn’t even wait that long, huh? hahahaha