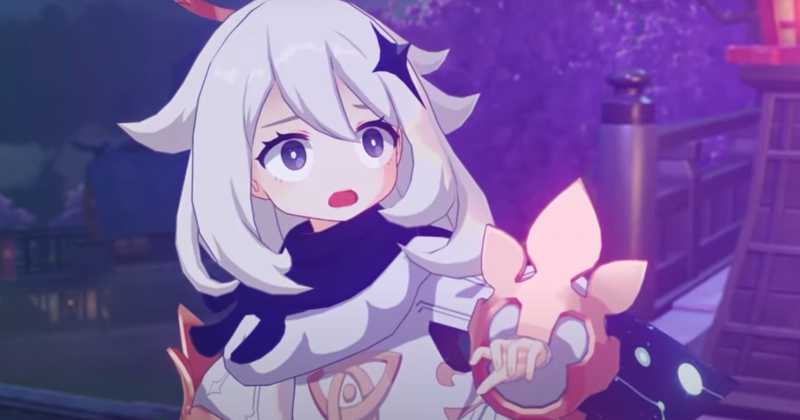 One more controversy to the extensive list of “controversies” that the Genshin Impact community creates for the game, in today’s case, the controversy involves the characters’ skin tone.

First, the visual of 4 new characters was leaked, below you can check the possible new characters, remembering that this comes from leaks, so it is not 100% confirmed until it is officially announced. The 3 above pissed off some people, but this one in particular pissed off a lot for being another “loli” for the game: Kusanali, which apparently this is not her final look, so there are people who are asking her to be taller and have dark skin: Now let’s get to the problem that most fans had with the new characters. These characters are apparently from the Sumeru region, and it appears the region in the game is inspired by the Middle East and South Asia.

This means that fans expected dark-skinned characters, as this has always been a big complaint from players, lack of diversity from the Genshin Impact.

Soon, several fans had problems with the skin tone of the new characters, as they are all white, with no black among them, which would not suit people from these regions.

A fan edited the new characters:

edited them because brown people deserve justice. even tho the designs are orientalist, at least give them a proper skin tone hoyoverse.

cause what if i start screaming pic.twitter.com/AjhMlgufBZ

The point of the picture above is that both games are Chinese, and one would present more diversity compared to the other, Genshin Impact has always had a fight among its fans because of that.

“I’m annoyed that she’s a child, I was hoping they would at least make her black like a Sumeru, please make her not white”

“I’m pretty sure this isn’t real. This is just a leak has no proof of being actually true. Even if it’s leaked by someone else.”

“Why he’s so pale if he’s from Sumeru, add diversity plz”

“Where’s the color? Is it too much to ask for a character with dark skin? Especially in Sumeru. Please Mihoyo”

“This is the most disappointing design of this game”

“They have to make her skin color darker, but why listen to us?”

There was an Arab who says he thinks all this fan reaction is exaggerated, because he is very white and there are people like that in those regions:

i feel obliged to post this on twitter too. but if you are not someone from the community involved (aka north African/mena region) i hope u would take some time to read this. it’s frustrating to see y’all try to criticize something that we (I) genuinely feel happy about. 🇹🇳🇹🇳🇹🇳 pic.twitter.com/p3CxuskYDh

What do you think about this new controversy?