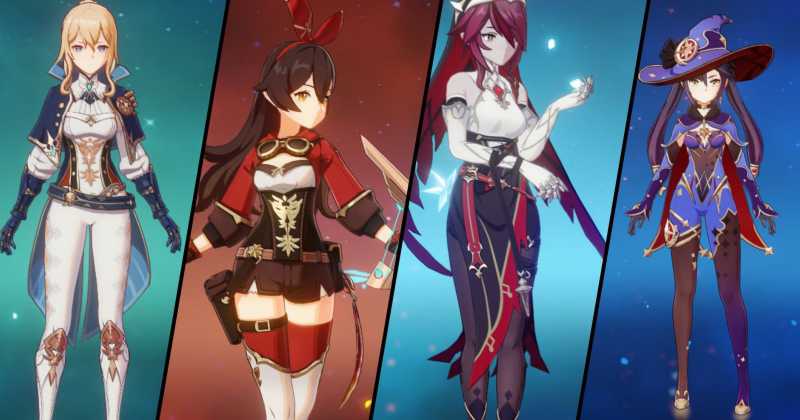 See how Genshin Impact was censored in China in 2.4 Update

With the 2.4 update to the game Genshin Impact, Mihoyo announced that the characters Jean, Amber, Rosaria and Mona would get new casual skins that would become the default skins for the country.

Below you can see how the skins looked and how they would look with the change: All of them suffered some kind of censorship.

This censorship is only for the Chinese version of the game, since new rules from the government limit their game industry, the Chinese are forced to use these skins.

For the players of the rest of the world, they were given as alternative skins and will not (yet) be treated as main skins of each character.

However, above what we have are concept arts, after the update some skins came very different from what was shown.

See how Genshin Impact was censored in China in 2.4 Update

Let’s see how each girl looks in the game after the 2.4 update for the chineses players?

Although Mona’s design showed that she would use a skirt, she ended up like this in-game:

Jean’s outfit hasn’t changed too much, except that a white top entirely covers her chest. Rosaria no longer has fishnet stockings, and her chest has less pronounced shading.

Amber has changed the least.

In Genshin Impact you have an option to fly around the world, which is a faster way to travel than by walking.

In the beginning of the game when you flew with a character, you could put the camera in an angle where you could see the character’s buttocks as the print shows: but now in the chinese version:

Your Genshin Impact waifu becomes very transparent if you try to spy on her while flying.

Anyway, these were the changes made to the game for the Chinese market.