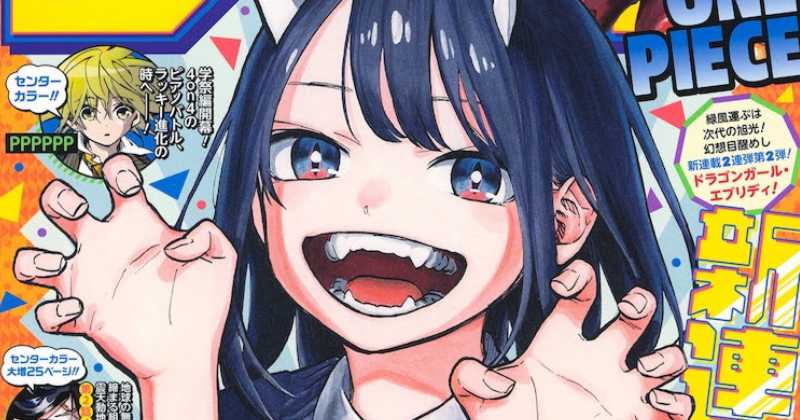 One way for an author to have a series, is through One-shot. One-Shot is a unique chapter that rookie authors make, if the one-shot is well received by the public, the publisher gives the green light to turn it into a full series.

Today I’m going to tell you the story of how Shindou Masaoki won his first manga series, he debuted in Jump Cross at age 17 and since then has been publishing a few one-shots. He wanting to draw a battle manga like One Piece.

In 2016, he released One-Shot Twin Peach. which is about a Momotaro who ends up protecting a homeless demon child who was hungry from other humans. In 2016 too, Shindou Masaoki released the one-shot Sky Claw. The story follows Shirou, a wingless boy who lives in the world of the angels, however that won’t stop him from aiming to be an archangel which are warriors who purify the villainous demons. In 2017 it was his turn to publish the one-shot Joreishi Rentarou no Yakusoku. Kagami Koori is haunted by demons made of ice, but she is protected by a man who calls himself a “Joreishi”, although his flame ability is powerful enough to fight off the demons, he is a bit overprotective. In 2018 it was his turn to publish the one-shot Count Over. A mysterious mastermind single-handedly releases 206 of the most dangerous prisoners around the states. When the prisoners rampage New York City, the police helplessly watch as a young boy with a katana appears. His mechanical arm has a countdown from 206; what is his purpose? In 2020 Shindou returned with a new one-shot, this time totally different from anything he had published before, this one-shot was called Ruri Dragon.

The story is about a girl who wakes up one day and realizes she has horns on her head, confused she shows her mother that she wanted “they are horns, your father is a dragon, you are half human”.

She discovers that she is half human and half dragon and goes to school anyway, where she becomes the class sensation and ends up spitting fire! A story about a high school girl who has to deal with these changes in her dragon body. 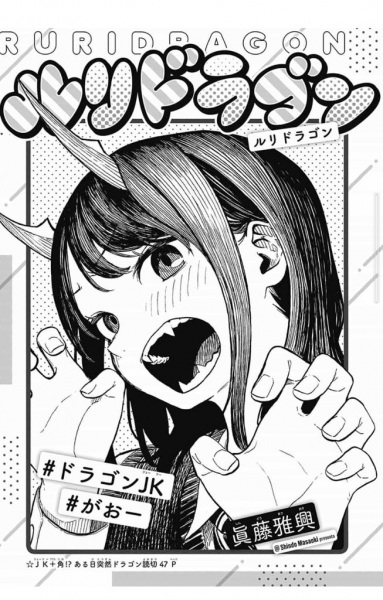 After I present Shindou Masaoki’s One-shots, guess which one became a series? Yes, Ruri Dragon, the one-shot of a little school girl who finds out she’s a dragon, instead of all the other manga that has battles! I’ve read all of their one-shots and really Ruri Dragon is, in my opinion, the best story Shindou has done so far. Ruri Dragon is very cute and the girl is very nice.

The Japanese obviously reacted to this, an author who tried for years to have a Battle Shonen series ending up drawing a slice of life manga about a little girl half dragon is kind of funny. “You mean he has a talent for drawing battle shonen, but not for a good story?”

“So that’s where it ended up after so much trial and error, but that’s how you got a series, congratulations to you”

“This job is good”

“I love how the promised combat mangaka ended up switching to Moe, this is kind of a netorare in a way”

“Is this going the Moe route? I found the mother’s attitude a little strange”

The first chapter is available on Manga Plus and the second is coming June 19th!