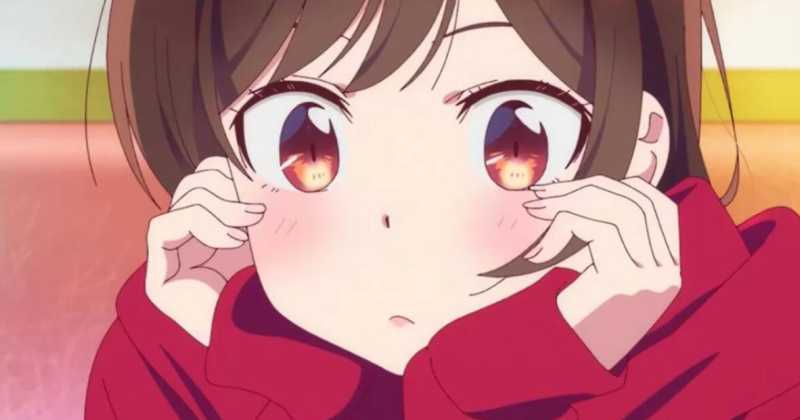 Leaks and spoilers for the next chapter of Rent-a-Girlfriend have already appeared online and fans are losing their minds over Chizuru realistic boobs, believe it or not.

We have a part in this chapter where Kazuya is again imagining things too much. After imagining Chizuru having sex with another man and generating the Netorare meme a few chapters ago, he finally imagined himself with Chizuru:

Finally Kazuya imagining himself with the girl and not that annoying netorare huh, but what happened to start the discussion?

What happened is that we have a picture in this chapter where it shows Chizuru on top of Kazuya with her boobs out, the character is known for having big boobs, which is one of the points that many male characters can’t help but notice, but what made a lot of people excited is the fact that her breasts are realistic too much:

Believe it or not, this picture generated and is still generating a huge discussion, because there are a lot of people who found these realistic boobs of Chizuru very ugly. These were some reactions:

“thats why women with small/no boobs are superior”

“another reason why flat is superior”

“Smaller breasts often times have and maintain the perfect shape. Appreciate the flat”

“You people need to stop wasting your time on the garbage”

“1. RAG is still trash 2. Why did Reiji draw her with normal anime tits for 200+ chapters but now randomly make them realistic? 3. Girls with small tits are superior”

“What the hell man”

Speaking of Yahiro Pochi, a comparative meme was created between the official manga and the doujin, remembering that the 6th volume of his Rent-a-Girlfriend series will be released soon.

For you to have an idea, the level of discussion reached such a high state that there was a woman who took a picture of her to prove to others that big boobs fall like that naturally!

According to the girl below, she said that she brought a photo at the angle of the manga to show those who say that the manga is “unreal”. How far have we come?

The second season of Kanojo Okarishimasu premieres on July 1