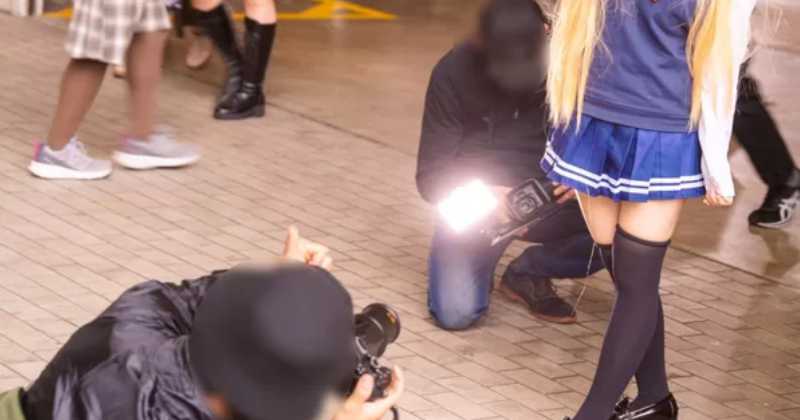 Photographer arrested after taking hidden pictures of Cosplayers panties. A man in his 30s was arrested on April 30 in Japan at the Niconico Chokaigi event for taking a “low angle” photo of cosplayers.

A “low-angle photo” is those photos that perverts usually take under women’s skirts so they can see their panties.

A reporter who ended up filming the event noticed the act and contacted the police, providing more information until the police managed to catch the criminal. According to the information released, the man didn’t work alone, he went with a group of friends and when they saw a girl cosplaying their gater around her, he would then go from behind and film her panties.

They did this on the 29th of April, on the 30th the man was back at the event and with the complaint having been made, the man was confronted and questioned about it by the police, who found several recordings of low-angle photos from various cosplayers.

It was discovered that he already had a history of taking low-angle photos and footage, he admitted to the crime and was “repentant” for his actions.

A curious thing is that he changed his clothes to avoid being identified at the event, in this case it was clear that he was acting in bad faith, but the News Niconico website in its article stated that this is not always the case.

First the photographer is heard, but it is also necessary for the cosplayer to speak, as there may be cases where low-angle photos are allowed in an agreement between the person taking the photo with the cosplayer.