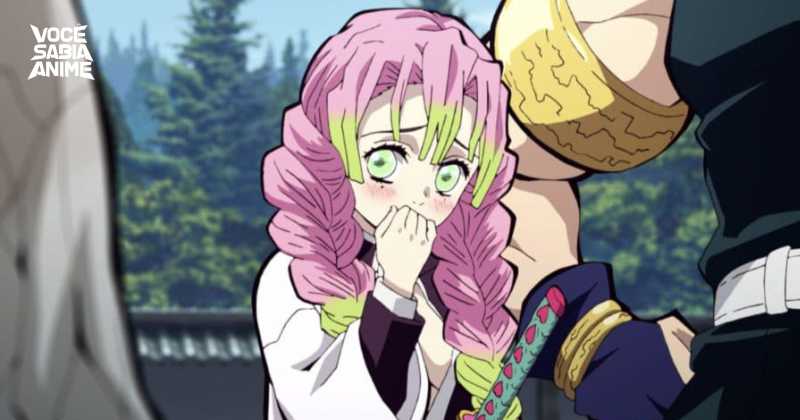 Already? Some people want the scene of Kanroji taking a bath to be cut in the third season of Demon Slayer.

Soon after the end of the second season of Demon Slayer, the third season was announced, this new season will animate the Swordsmith Village Arc, where 2 hashiras will have presence, one of these hashiras is Kanroji.

And there’s a scene of her where she appears naked because she was taking a bath, in the manga it’s a very quick scene but imagine animated:

So the website Myjitsu has already published an article with opinions of people on the internet about this scene, according to what they could see from the reactions of some Japanese people on the internet, there are people already uncomfortable to imagine Kanroji naked in the third season.

“I think this is much worse than the name Yuukaku-hen,”

“That scene is an insult to women”

“I wish they would cut the whole bathing scene.”

“That scene should be considered disrespectful to women”

“As a woman, this is unforgivable”

I don’t know if you know, but when the hashiras first appeared in the first season, that’s when the complaints about Kanroji’s design started. Some people complained on the internet about why she was showing cleavage, that it was disrespectful, this and that, so she is already a controversial character for many people.

Reactions on this news by Otakomu users:

“I’m not comfortable with sex scenes in family shows”

“There are so many other things to complain about”

“Scenes and developments not suitable for TV should be cut, this is a popular work, greater consideration should be required”

“Insulting women for taking a bath? Bathing is an embarrassing experience for women?”

“Bathing scene is an insult to women kkkk”

What do you guys think about this?