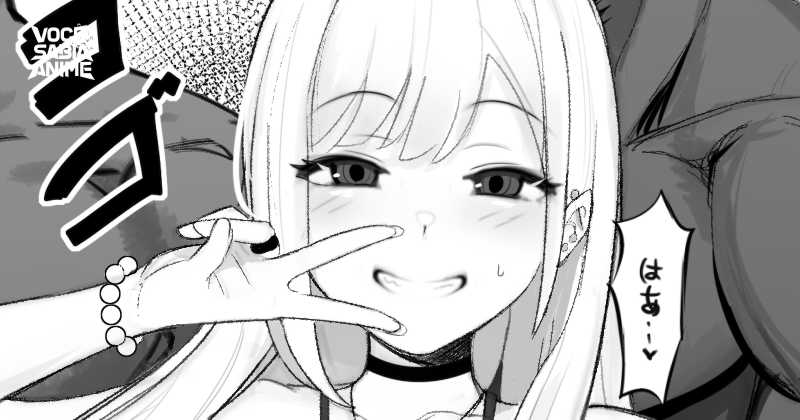 Otakus react to NTR Doujin of My Dress-Up Darling made by alleged Ukrainian artist, what the.. tthere’s a new NTR doujin of Marin, from the My Dress-up Darling series.

It’s a very simple doujin, very basic, very normal, it’s only 6 pages where Marin have *** with another guy in front of Gojo, pure NTR.

After reading the doujin I didn’t think it would be worth a subject for a post, so I went after the author, not least because it didn’t seem like a very strange work for being released straight in English, and yo what i found?

This is the artist:

There were two rocket explosions in my neighbourhood right now. pic.twitter.com/eAVYprDTiw

Apparently the author is from Ukraine, which is being invaded by Russia right now! On March 2 he posted a picture of what would be his neighborhood, in Ukraine, with smoke, if you enter his profile you will see that in his bio, in the location, says that he is in Ukraine, in addition in other publications he talks about the country and such.

I confess that I found it a little strange, you know, his other profiles doesn’t say country, I only found posts of him speaking English and Japanese, besides it seems that he deleted several posts from his profile, and an archive of his profile from 9 months ago doesn’t have the information of which country he is.

So I’m not entirely sure if he is really from Ukraine, he might be, I might have missed something, but that’s it, I really don’t know if he is Ukrainian at all.

Otakus react to NTR Doujin of My Dress-Up Darling

Well, this is not Marin’s first netorare doujin, you know. Yeah, there have been a few, but I think this must be the first one in English, so there were quite a few people commenting on it.

These were some reactions to the doujin:

“What have you fucking done”

“yo i’m not reading this just came to say, this is a fat L”

“Yes… Ntr Marin is finally here…!!! A gyaru should at least having sex once.”

“It was a matter of time till the NTRggers struck”

“She needs more NTR, so I can see her fans suffering”

“Absolutely zero quality or thought put into making this. Dude just wanted to abuse the popularity and trigger fans”

“Hey anon, if you’re reading this, stop being a bitch over some doujins like this ffs.”

“A Rezodwel doujinshi? I’ve been following this guy on Pixiv for ages, I love this and hope we get more”

“as braindead as they come, ntr artist don’t even try anymore.”

“Petition to remove this garbage(1)”

“Wtf is wrong with the people in comments section”

Anyway that’s it, the doujin code is 394215 but you can read it by going to the author’s profile, all 6 pages are there.