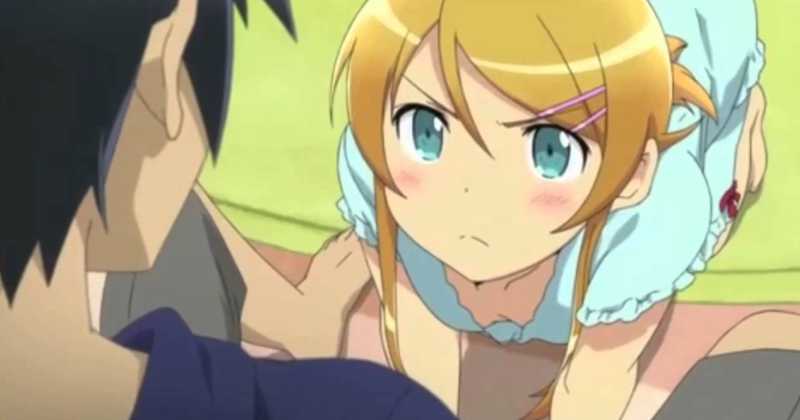 Oreimo is a classic of incest anime for having divided waters in the world of light novels and anime, few people are aware of how important Oreimo was at the time it was published and then broadcast on TV.

The anime tells the story of two brothers who don’t have a good relationship but everything changes when the older brother discovers that his little sister likes to play Eroges.

Anyway, those who watched it know that the anime is about incest, although there are several girls who are interested in the protagonist, the brothers end up liking each other a lot.

Oreimo DVD recommends that under 15s watch with their parents

It all started when a person bought the Blu-ray from Gochiusa and saw the notice on the back of the disc stating the following:

The person who posted the photo said:

It turns out that Gochiusa is a cute anime of cute girls and you would never imagine it would have some sexual references, but the best was the answer they gave, showing the back of the Oreimo DVD that says:

I went looking for pictures of the official DVD of Oreimo and found one on Amazon with a warning that prohibited under 18s from watching the anime!

Just imagine, the child buys the DVD of an anime that he thinks the drawings are cute, the parents see it and start watching it with you, OR IT CAN BE WORSE, the child has an older sister, and the parents tell the sister to watch with you!

Kirino Kousaka embodies the ideal student with equally entrancing looks. Her grades are near perfect, and to cover her personal expenses, she works as a professional model alongside her best friend Ayase Aragaki, who abhors liars and all things otaku. But what Ayase doesn’t know is that Kirino harbors a deep, entrenched secret that will soon be brought to light.