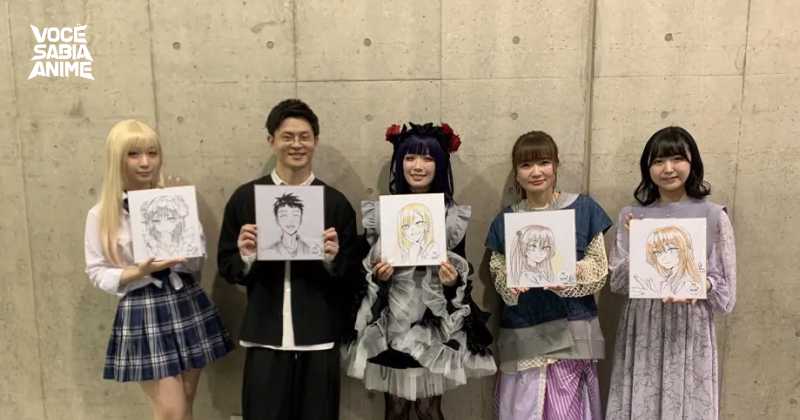 In the My Dress-Up Darling anime, Marin and Gojo get to know each other better after she sees him sewing at school, to which she gets excited and asks him to make cosplays for her.

Thus begins the relationship between the two, Gojo sewing the clothes and Marin wearing them. In Japan, the voice for Gojo is Shoya Ishige, who was challenged by the anime staff to sew a cosplay of Shizuku-tan. Hina Suguta, who voices Marin, promised to wear the cosplay that Ishige would sew.

Through several videos on Aniplex’s official Youtube channel (which unfortunately are blocked outside Japan), we see Ishige, with the help of professional cosplayers, sewing the cosplay, and it was ready! Congratulations to them for a successful anime, looking forward to the second season!