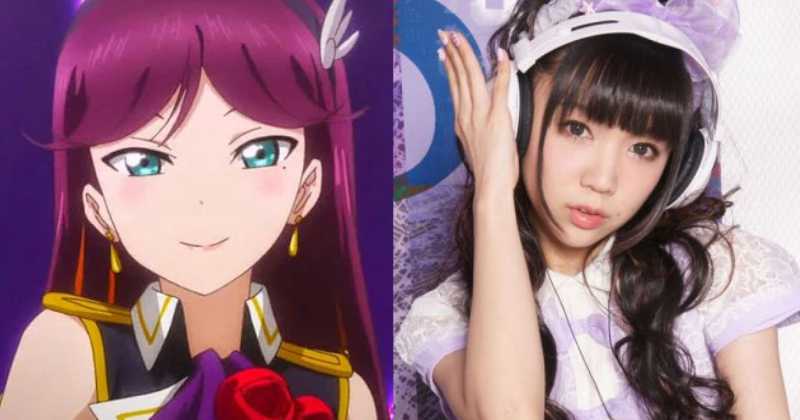 Maho Matsunaga, a former voice actress and singer, revealed through her personal blog that she suffers from alcoholism and that she even tried to take her own life by jumping from a high place. Maho Matsunaga is known for voicing Erena Toudou in Love Live, she retired in 2016 and apparently it was from there that her life started to get a lot worse, in 2017 she expressed her desire to return to voice Erena. At the time, fans speculated that the group A-RISE might come back but nothing happened.

In 2018, she ended up answering several perverted questions on Twitter, which probably closed the door to a lot of things for her, including returning to the Love Live franchise in some way.

And in the years that followed, she sank into alcoholism and the problems that plagued her personal life. About the problems with alcoholism, Maho Matsunaga tells the following in his Note:

”You can’t just say you’re going to stop because it’s a brain disease. If you drink, you will continue to drink until you die. It’s basically impossible for people to stop. Alcoholics create an aura of evil that people can’t get close to when the degree is too high”

”I once found myself lying alone in my room and kept yelling ‘argh’ without remembering the last two days. I don’t remember anyone coming to my room. I had just bought alcohol at the nearest Don Quixote and had been drinking, and when it ran out I went to buy more. I kept doing this and had many frightening experiences with this disease. I can’t even taste a few drinks. Even cooking liquor scares me. Once you get your hands on it, you can’t go back anymore”

She says on her blog that she has a personality disorder, that she can’t trust herself, and she says that she’s very lonely too, in which she says:

”But I also chose to be alone. It was painful and very sad. My future, which I had been waiting for, went dark and there was nothing else I wanted to do. The music I loved so much sounded like a bunch of people talking and I ripped off my headphones. I was very hesitant to post this, but it’s easy for alcoholics to be alone. I decided to write about it in the hope that at least people who have the same illness as me would be able to sympathize a little with each other if I recorded the process of my suffering in this way.”

Now the biggest problem is her saying that she ended up in a wheelchair when she tried to commit suicide:

”If you know someone who suffers from alcoholism, don’t choose solitude. There are connections to health care and Alcoholics Anonymous. If you’re like me, you can vent in places like this. Now I have some relief. I jumped from a high place in the suicide attempt and damaged my spinal cord, and now I can’t move my legs.”

”It made me be in a wheelchair. It’s very inconvenient, but I can get a certificate of disability, which I’ve long been wondering if I should apply for because of my mental illness. This made my disability a visible disability. There are stairs and inclines outside the house, I can’t go out alone, I can’t go to the store alone, I can’t go far and I can’t even take the train if it helps. As you can imagine now, I won’t be able to go out and buy alcohol on my own.”

”They say orthopedic insoles will arrive next week to firm up dangling calves and ankles. This will give me a sense of stability and allow me to walk around the house, not outside. Even if I used Uber Eats, for example, I would eat at home so as not to disturb others. The more you lose, the more you have to try to do as little as you can because I fell to the ground and maybe this is where real life begins.”

Marrying someone who supports you

But not everything is bad in her life, she says in a publication on June 14, she reveals that she has been married for two years to a kind person and that she stays with her in all the difficult moments of her life and that she supports her.