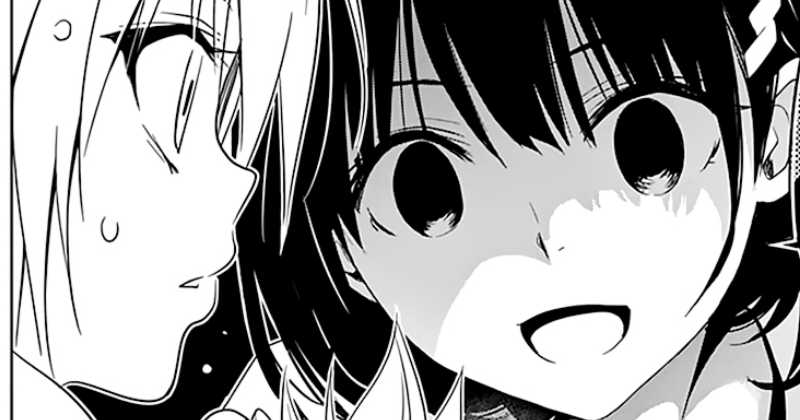 Yesterday was Sunday, worldwide known as the day before Monday and after Saturday, and also the day the Manga Plus website is updated with new chapters of various Jump manga.

So I went to read the new chapters of the manga that I follow on the site (out of curiosity, I only read SPY x FAMILY, Ayakashi Triangle and the new Ruri Dragon), when I came across a red banner that says:

“Manga Plus survey is in progress, thanks for your cooperation”, so I thought “um, a survey, well, I’ll help them by answering and giving my honest opinions about what they want to know!” 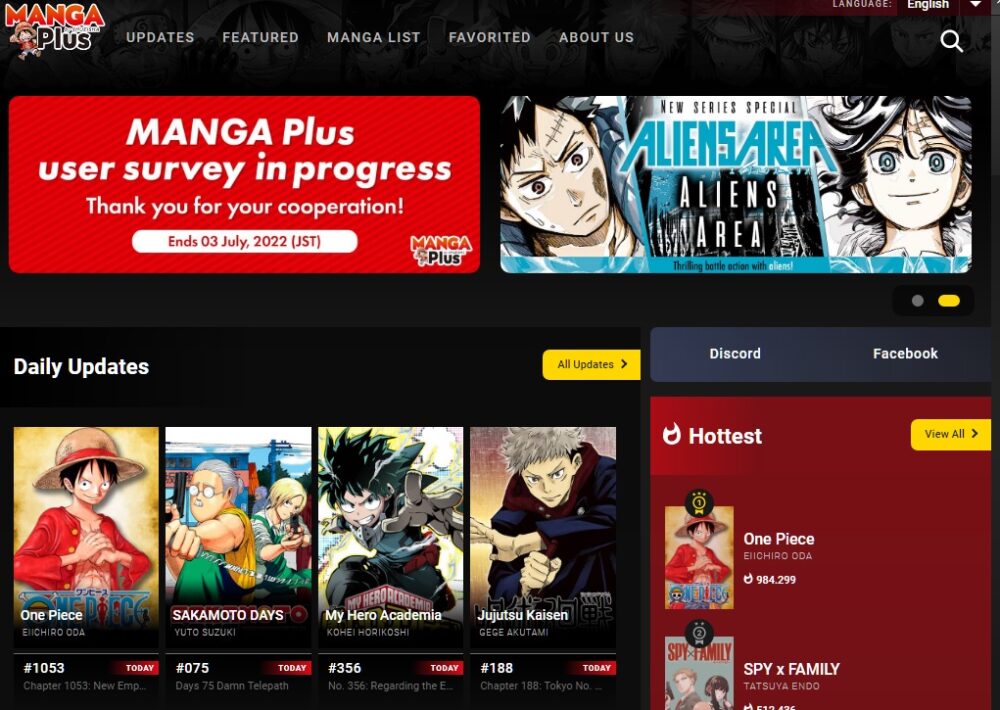 When you click on the banner you are presented with the screen below: 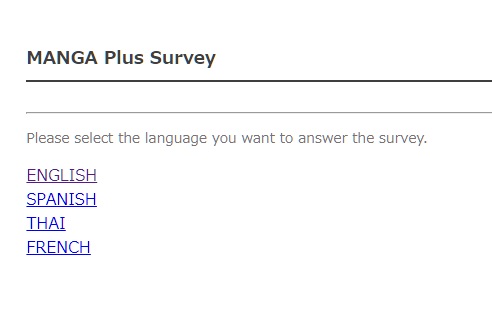 First you have to select the language in which you want to answer the questionnaire, and we have English, Spanish, Thai and French available. As of these 4 languages I only know English, here goes. 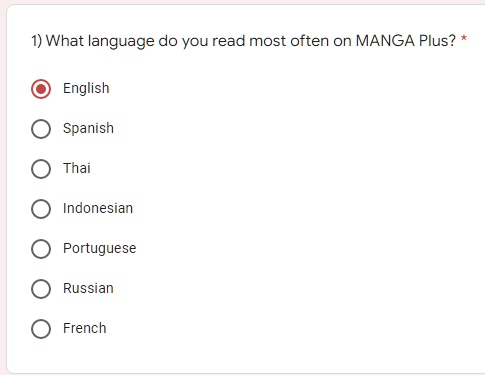 The first question is about which language you read the most manga on Manga Plus. My answer is obviously English. 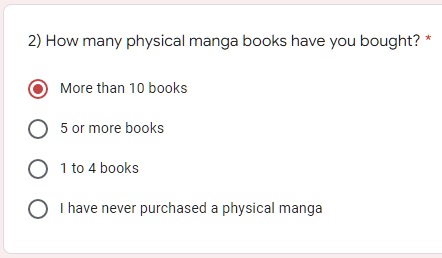 The second question is about how many physical manga have you already bought, well, in my case, I must have more than 100 volumes, because I spent a good few years of my high school buying manga every month.

The third question is about buying digital manga with some virtual currency within the app. I know of sites that use “points” system, you buy points on the site and spend to read or buy the manga.

But I was never interested in that, so I said no. 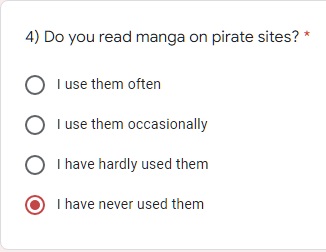 The fourth question is clear about piracy, damn piracy that takes so much from the poor companies that produce manga despite the record profits they post afterwards.

The question here is if you read manga on pirated sites, be very honest when you answer this one huh! Well, question 5 depends on the answer you gave to question 4, which is:

Well, Jump wants the name of the Pirate Sites that you guys use, I admit that this is a good way to find out which pirate sites to take down, since I’m sure many people must have answered this question honestly.

Despite the joke, there are other interesting questions in this questionnaire, such as about the quality of manga translation, you can even indicate a manga that has a bad translation.

They also ask if you want Manga Plus to start uploading chapters at the same speed as pirated sites, have more supported languages, site interface, and more.

You can answer their questionnaire here.