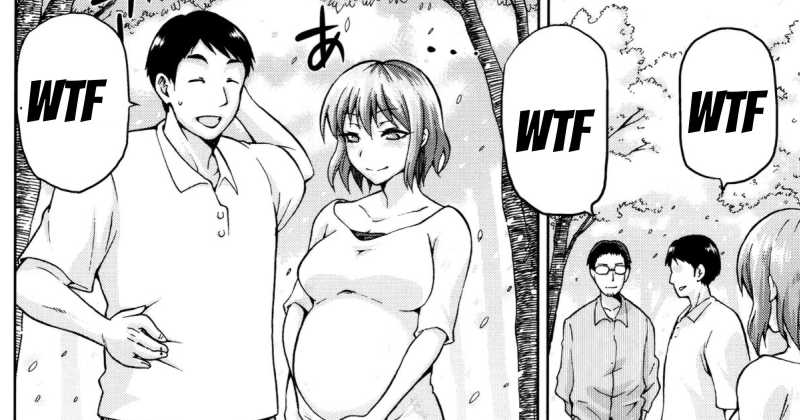 NTR Doujin Script: Japanese woman gets pregnant by a Chinese man thinking he was Japanese with her husband’s approval and now sues him for false information.

This is just another story that you read and can’t believe it’s real, but it is, because it seems that it was actually taken from a Netorare doujin…

Well, are you ready for this roller coaster of emotions for today history of “Strange Japan”? Our story today begins with a Japanese couple living with their son, life and years go by in a normal way when their husband develops an illness.

This illness makes him unable to have a new child, which is the couple’s dream, so in March 2019 this couple had the bright idea to look for a semen donor…. ON THE INTERNET

ON THE FUCKING INTERNET

They found someone on the internet anyways….

Soon then met, is a guy in his 20s, this man said he was a Japanese guy who graduated from Kyoto University, single, not married nor had a girlfriend, a good person.

The conversations went on and the couple then decided that they wanted him as a donor.

Nothing too wrong up to that point perhaps?

I don’t know… but the story gets worse on an extreme level from now on.

What happened was the following, the young man then asked that he could have sex with his wife to get her pregnant… yes, sex, and not a donation by other means you know?

At least for me I imagine involving a hospital, there is no such thing? You don’t have to have sex, you donate and that’s it?

The man wanted to have sex with the wife, to be able to donate semen, and so with the husband’s approval, the woman and the man had sex at least 10 times, and she became pregnant in June. They found out that the man was not Japanese, much less a format at Kyoto University, and he was married! The man turned out to be Chinese!

The woman then became enraged! And now she has filed a lawsuit in the Tokyo court against the man for giving her false information just for the sake of sexual pleasure.

She says that he forced her to have sex with him while he did not meet her expectations. The woman gave birth to the child, but it was reported that the child was taken to an orphanage.

According to the Tokyo-np website, this kind of case is becoming common and increasing over time in Japan, because of the lack of laws in cases like this.

I read one of those one day long time ago but I don’t remember the name or anything anymore, I put some random images in this post…. Anyway…

A thousand thanks to Gabriel Pessoa for helping me translating this story!