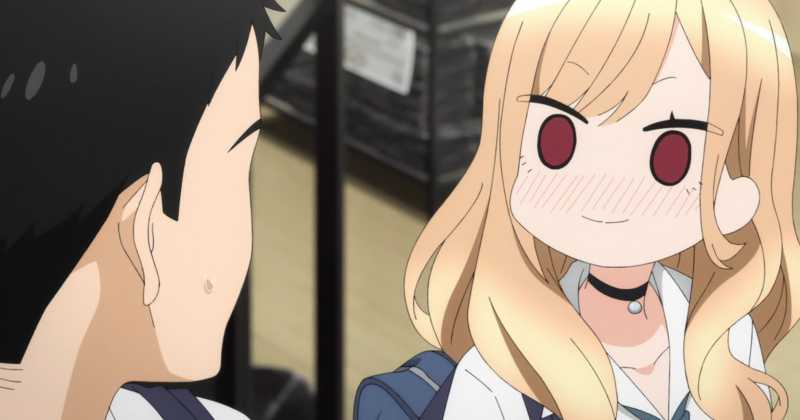 Can you believe they complained about Marin’s sexy Fanarts? And they accused the Illustrators of “surfing the hype” of My Dress-Up Darling just to gain fame and that they wouldn’t be “true fans” of the work? Like WTF?

My Dress-Up Darling tells the story of Gojo-kun, who is a friendless boy who likes traditional Japanese dolls (and because of this ends up alone), one day Marin catches him sewing.

She loves VNs and stuff and wants to cosplay and is amazed that he can sew, so they end up teaming up to help Marin with her cosplays!

The Japanese website Myjitsu write a story adressing the “war” on social media in Japan about the artists not being “true fans” and surfing on “temporary anime hype”.

The site explains that Marin is an extravagant looking girl, she is blonde, has accessories, is popular, and is also an otaku, liking anime and games.

And then the site claims that Marin, by showing a lot of her body in the story, gives the opportunity for illustrators to create libertine art of her.

“On social network sites, both domestic and international, there has been a huge increase in the number of fanart of Marin, which shows that she has gained an overwhelming support. However, since the highlight of these works is the exposure of the well-proportioned body, there are many illustrations that are too risqué even for secondary works.”

“Some of them only emphasize Marin’s sexiness, which makes many “real” otaku doubt whether they really have love for the character.”

The site also said that many times these illustrators are considered “fake fans” because they make fanart that disrespects the original artwork, for example: changing the personality of the characters or changing their bodies.

Some comments from social networks in Japan:

“I love when artists only do illustrations of what is popular at the moment, they don’t even know the work or are fans of it.”

“I find it funny that all the crazy artists are doing something about Marin, At the same time I wonder if any of them have watched the anime or know the story.”

“When the anime is over they will forget about the series.”

What do you think.