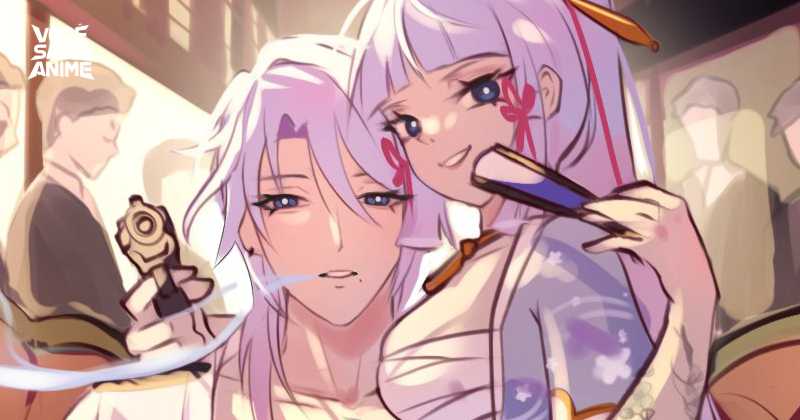 Illustrator gets Hate for Genshin Impact Fanart. Today I bring you another case of fanart intolerance! This time from the Genshin Impact community. Cuppy is an illustrator from Vietnam who likes to draw BL.

Cuppy then decided to make a fanart of two characters from the game Genshin Impact and received a huge hate for this fanart. See the cause of the disagreement below:

After Cuppy published this fanart what you saw was this next publication:

Thanks to everyone that not misunderstood my art and thank you for supporting me! 😭😭
I don't intend to create anything that goes against morals. Please understand! And sorry if My English grammar is wrong!

If you don’t play Genshin Impact you might be wondering what morals Cuppy would have violated, well, it turns out that the two characters in his fanart are named Kamisato Ayato and Ayaka, and they are siblings. Then people were furious to see a “sexual” fanart of siblings, and Cuppy even received death threats. Below are some of the comments that Cuppy received ONLY because of this fanart: An artist was being harassed again over a harmless drawing — the fact that some of them are willing to k*ll the artist over it really concerns me on so many levels. pic.twitter.com/Gl4b0oxZ1C