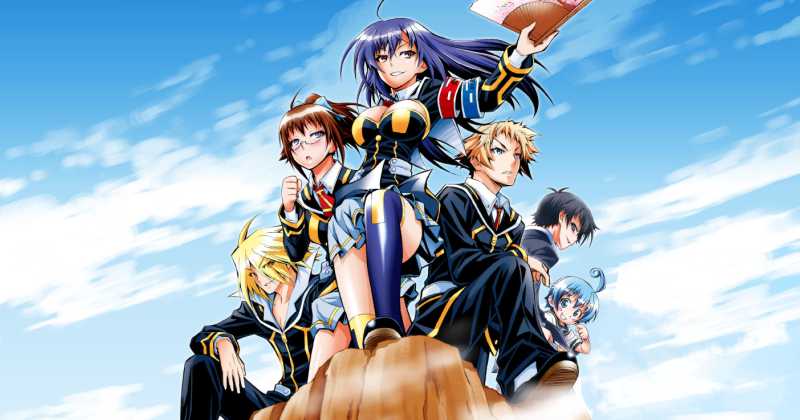 Akira Akatsuki, the Illustrator of the manga laments that Medaka Box never received a Season 3, as he really wanted to have seen more of Kumagawa in the anime, who barely appeared.

I never watched Medaka Box but from what I’ve seen, he is one of the most popular characters in the series, and he appeared very little in the two seasons that Medaka Box had.

So much so that even the illustrator of the manga lamented that the anime never received its third season, so that Kumagawa would appear more.

He said the following in his profile:

“I’m thrilled Medaka Box got an anime, but regrettably it ended after Season 2 and there was never a Season 3… I was so excited to hear Kumagawa talk more after the Season 2 finale, too…”

In the responses fans also lamented, with some saying that the best arc would come now, but that unfortunately we don’t have the third season.

This one below is Kumagawa:

Medaka Kurokami is, in the truest sense of the word, perfect. Beautiful, intelligent, and athletic, Medaka’s dream is to make others happy. So when she runs for Student Council President of the prestigious Hakoniwa Academy, winning the election with 98% of the votes is only to be expected.

The very first thing the boisterous new president does is set up the “Medaka Box,” a suggestion box allowing students to submit any kind of request for assistance. Together with the cynical Zenkichi Hitoyoshi, her childhood friend who has been strong-armed into helping, Medaka fulfills these requests at a ridiculous rate. For every job completed, she adds flowers to the student council room, with the aim of filling the entire school. However, the two are about to find out that helping others may be a lot harder than they think as they begin to uncover a devastating plan centering on the academy and even Medaka herself!

Akira Akatsuki: "I'm thrilled Medaka Box got an anime, but regrettably it ended after Season 2 and there was never a Season 3… I was so excited to hear Kumagawa talk more after the Season 2 finale, too…"

You and me both! https://t.co/jMFKjNfU0f