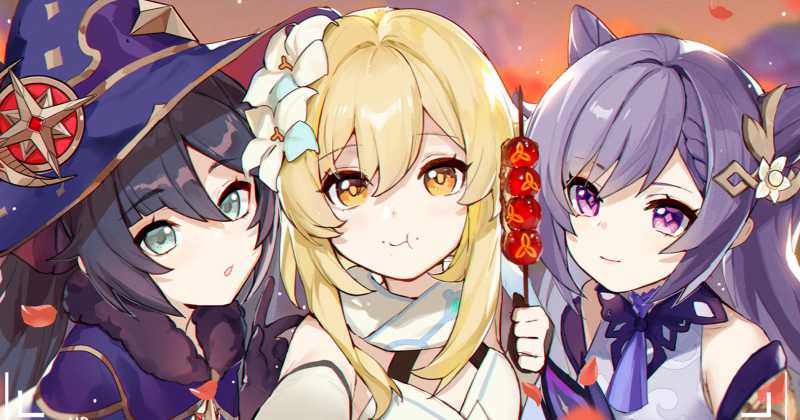 A fan on Reddit made a very interesting post about the Story Quests of each character, he noticed that the stories of the female characters of Genshin Impact involve emotional support in the form of the Traveler (player), while the male characters do not.

He says: “Before I do a breakdown of each one, what, exactly do I mean by “Emotional Support”? By that I mean, the core issue or at least a major focus of the Story Quest revolves around an emotional/psychological issue of the character that the Traveler helps/supports them overcome. While the Story will always involve physical fights somehow (gotta showcase the new 5 star eh), that was not the main issue/focus in the Quest.

Now please, notice I said the female Story Quests lean more towards Emotional Support. I did not say they were all like that, and I’ll go over each one below. As I will the Male ones” Ganyu: core issue is her wondering where she belongs, and after talking to the Traveler, ends up going back to Liyue. 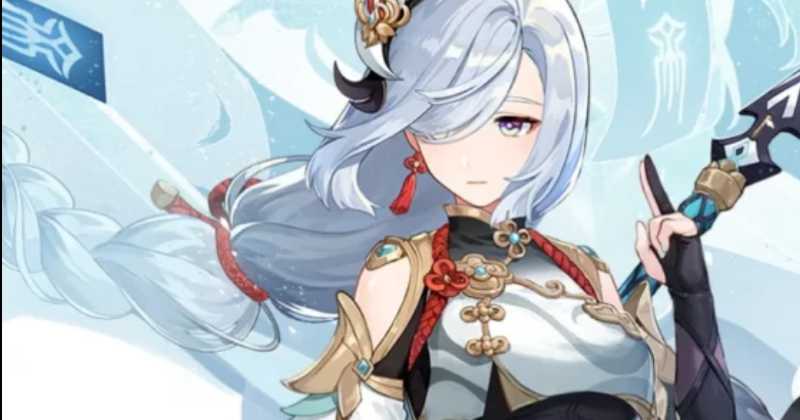 Shenhe: similar, where do I belong, and also I have no friends. Thanks to the Traveler  she now has friends.

Ayaka: Who am I, really? After a date with the Traveler and getting her socks wet , she accepts her role.

Eula: family history has her isolated. Feels happier after befriending the Traveler. Kokomi: pressure from her role is exhausting her and talking to the Traveler helps Jean: Another overworked woman. Also needs us to help relax. Raiden: Has had 2 Story Quests (or 2 parts of one if you will) both revolving around her psychological/emotional issues about her change of stance.

Mona: the hardest to pin down. Initially it seems her Quest is more of a physical kind, help her gain money and find the object she was after. However, after he personal quest ends in defeat, she becomes panicking in despair about her future and we end up having to calm her down and figure out what she’ll do from now on. Because of that, I’m putting her in the emotional support category, but i understand if this one is contentious. Yoimiya: she’s emotionally stable. She needs your help to help other people, but she is fine with who she is, what she does etc.

Hu Tao: Same as above. Wants you to help with a task, does not need you to feel better. Yae Miko: Didn’t even really need you for the task, just wanted to use you so she’d have to do less work

Xiao: And I’m honestly hesitant to even include him here. Sure he needs intensive therapy, but did we really improve his emotional issues in any way? Yet I did feel like he came off better after interacting with us than, say, Venti, which is why I decided on putting him here just in case, even if I’m not convinced, because there’s a clear difference in how the women feel better by the end of the story quest and… this snow eater over here.

Zhongli: While both story quests focused on revealing sad stuff about his past (so much salt and an abandoned pet rock), Zhongli wasn’t needing us to help him accept or get emotionally through these issues, he needs us for the physical fall out only (and in the salt case, did he even need us for that?)

Itto: He needed help getting his name cleared, but doesn’t need emotional support and even goes and provides it for the guy who actually does need therapy (and family).

Ayato: Like Yae Miko, didn’t even really need us at all, but used the fact we were butting in anyway to make his plans easier.

Childe: He needed a babysitter for his brother. If anything the Traveler was the one needing the quest to start feeling nicer to Childe. Childe at no point is shown to be at odds with what he did or does, even if he’d rather keep the truth from his brother.

Kazuha: doesn’t require pep talk. He is fine with the path he has chosen, he needed help checking if he could revive his dead friend’s vision and that’s it.

Venti: we also hear about his sad story. But we don’t  help him make a choice or accept his situation nor does he need help relaxing

Diluc: it has been a very long while since I played his, but I think we don’t even get to hear about his tragic background. We find out he’s Batman, and help keep his identity a secret, but I dont even remember him mentioning how daddy got killed, or feeling conflicted or pained but then being emotionally helped by our presence.

One of the most voted response on this post was this one:

The problem is when these social relationships are recontextualized to fit a particular reading.

“The traveler simply having the option to GIVE emotional support, even if it’s not the actual thing that fosters the bond of trust between the characters or even needed at all, somehow makes the story quest all about emotional support.”

When that is clearly not true.

Look at Raiden Shogun and Ei. While it’s possible to talk and offer support, neither of them actually NEEDED it. Not only is the first quest quite similar to most quests involving Zhongli. Just wandering around with a god and comparing the view from the traveler’s perspective to theirs, but the second quest basically said that it wasn’t the traveler who stopped the fight. The traveler was simply sent to the moment the fight was about to stop anyway to witness the ending and get the flower petal at the end, no?

A STORY quest being emotional support related is just sometimes because the character has already been seen all-buisness. Or just has a free moment away from business. Other quests could show emotional support in other manners. Like Diluc and your bartending letting him show an emotional side of himself rarely seen.

I don’t know. The rules of this post feel like it leads the reader to see things one way, when the game is at least a bit more nuanced than “If Story Quest Character = Female, Then Story Quest= Emotional Support”