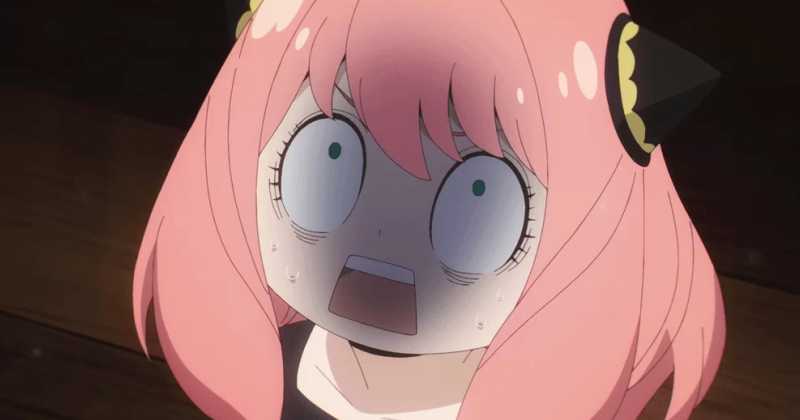 Attention and Caution when reading this post. Did you ever imagine you would see an Futanari Anya? There is an internet rule number 34 that says that, if it exists, there will be an adult version of it, and this prove true today as well.

Yes, FUTANARIS, if you don’t know what futanaris are, they are women who have the male member in addition to the female. And behold, Makin decided to take Anya and turn her into a futanari, and who does Anya charm with her wand? Yor (who already has adult figures)!

Behold Anya Futanari. our Roxy has never been more shocked (want to see it uncensored? It’s on Cakemoe): For certain reasons I was only able to put an image of Anya Futanari here in this post, but as I said above, you will be able to see the other images on Cakemoe.

Now the best part is to see the reaction of the otakus in relation to this publication by Makin, the original you can see here, and below are some of the reactions (which comes from Twitter and Nhentai):

“Some men just want to watch the world burn”

“They have done the worst thing imaginable. They lewded Anya. They going to hell”

“This is why God abandoned us”

“Thank you. I waited for anya lewds for a while”

“Twitter community is going to have a blast from this lmao”

“Oh my ghod twitter is going to be so loud”

“This is awful, one of the worst things I’ve ever seen…..there should be WAY more pages. How can something so brilliant be so short?!”

“Anya but chichi is replace with chinchin”

“The real crime here is the lack of pages to go with this beautiful concept.”

“And twitards are raging on adult version of Anya. Look at this. See.”

Corrupt politicians, frenzied nationalists, and other warmongering forces constantly jeopardize the thin veneer of peace between neighboring countries Ostania and Westalis. In spite of their plots, renowned spy and master of disguise “Twilight” fulfills dangerous missions one after another in the hope that no child will have to experience the horrors of war.

In the bustling Ostanian city of Berlint, Twilight dons the alias of “Loid Forger,” an esteemed psychiatrist. However, his true intention is to gather intelligence on prominent politician Donovan Desmond, who only appears rarely in public at his sons’ school: the prestigious Eden Academy. Enlisting the help of unmarried city hall clerk Yor Briar to act as his wife and adopting the curious six-year-old orphan Anya as his daughter, Loid enacts his master plan. He will enroll Anya in Eden Academy, where Loid hopes she will excel and give him the opportunity to meet Donovan without arousing suspicion.

Unfortunately for Loid, even a man of his talents has trouble playing the figure of a loving father and husband. And just like Loid is hiding his true identity, Yor—who is an underground assassin known as “Thorn Princess”—and Anya—an esper who can read people’s minds—have no plans to disclose their own secrets either. Although this picture-perfect family is founded on deception, the Forgers gradually come to understand that the love they share for one another trumps all else.