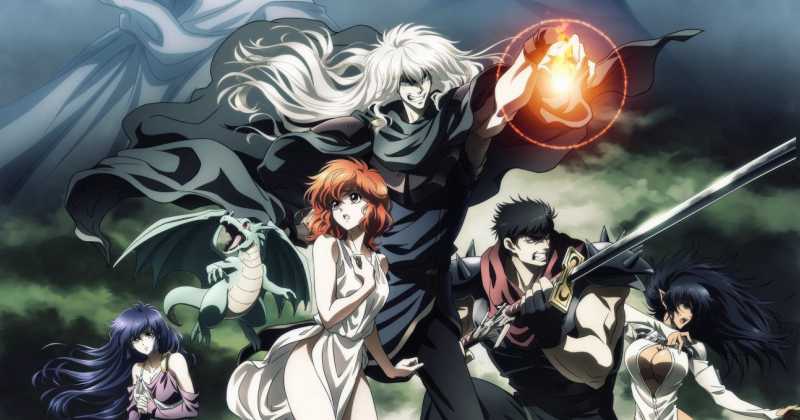 The first 12 episodes of BASTARD premiered on Netflix a few days ago, the story is about the powerful wizard Dark Schneider in his adventure of wanting to dominate the world.

A situation that has been happening a lot in the US, huge complaints against localizers, many complaints about changing the meaning of many lines are happening, and Bastard is another example of this.

BASTARD debuted on Netflix with subs and dubs, it is safe to say that different teams did the dubbing and subtitles, so you will see below the difference between the subtitles and the dubbing of BASTARD in the US.

All the scenes below come from episode 4 of the anime:

The context of this scene is that we have the heroine kidnapped and held in chains with a slime melting her clothes, several ninjas watch her get naked.

It is worth noting that in the original it is mentioned that she is a “young girl” because the character is 15 years old.

The slime finished leaving her naked, and Tia tries to defend herself from the ninja boss who looks at her from above.

The dub wanted to convey the idea that she would face him if he tried anything while the subs shows her defending herself.

Dark Schneider and Sheila are on their way to save Tia and they have to climb a ladder while the guards face a huge bug.

The dub removed Dark Schneider calling the knights idiots and even removed the “ladies first” line, this is machismo isn’t it?

Not all the context in the world would explain this scene

In general, the subtitles of the American version of BASTARD are very faithful to the Japanese original, while the dubbed version decided to make the story “softer”. Dark Schneider doesn’t swear as much, women act stronger and less defenseless, running away from how it is in the original.