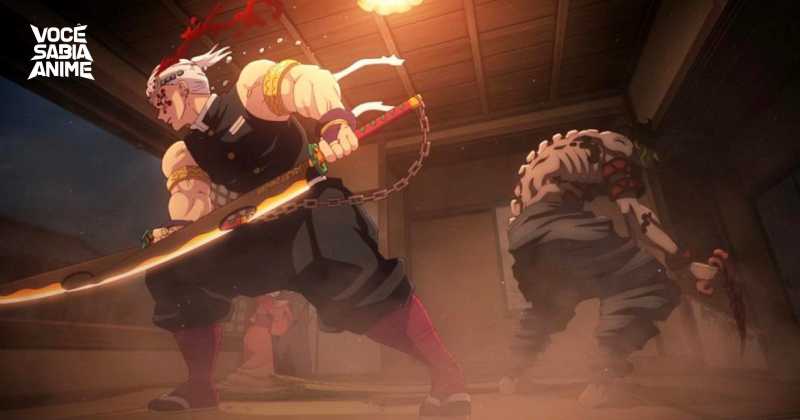 Demon Slayer need to be in your top 10 off all time says Otaku, sparking internet controversy once more.

The fight between Uzui and Gyutaro, especially in episode 10 of Demon Slayer, created an immense hype and raised some bullshit on the internet…. more on Twitter, it is always on Twitter, I do not doubt that there have been other places but it is more on Twitter.

After the episode had passed and otakus all over the world were impressed with the film-level quality in a TV anime, this here happened:

If Demon Slayer and Attack on Titan aren’t in your top 10 anime of all time, you’re bugging, I’m sorry 😅 pic.twitter.com/Ekc9Rbdyb1

This post above had more than 85,000 likes and many shares and comments of the sort:

u wanna be different so bad 😂

“Demon Slayer is loaded for its animation, it’s a cute anime but by God how I hate the characters. The only ones I can stand are Tanjiro, Nezuko and Rengoku, the others are either boring or annoying (Zenitsu and Inosuke).”

“Demon Slayer is overrated, they just have great animation and Inosuke”

“”I’ve been watching anime for 20 years and neither of these two will be in my Top 10 with so many I’ve seen.”

And there are many other comments, people were annoyed to have to put Demon Slayer in their top 10, according to them, “just because of the splendid animation” that ufotable did for the Uzui vs Gyutaro fight.

So lo and behold, the discussion was spreading so much that on February 13 came this publication here by Ollie Barder, who writes for Forbes.

And he posted a meme of a boy who has seen Shounens or famous anime like SAO and JoJo talking:

“Peak Anime! The best of all time uploading all anime”.

And on the other side a more “cultured” person who has watched several animes saying:

There you have it, there is this new taste bullshit on the internet, people who consider Demon Slayer the best anime in the world that deserves to be in the top 10 of all while there are people who have seen more anime and keep arguing that others are being taken away by the animation.