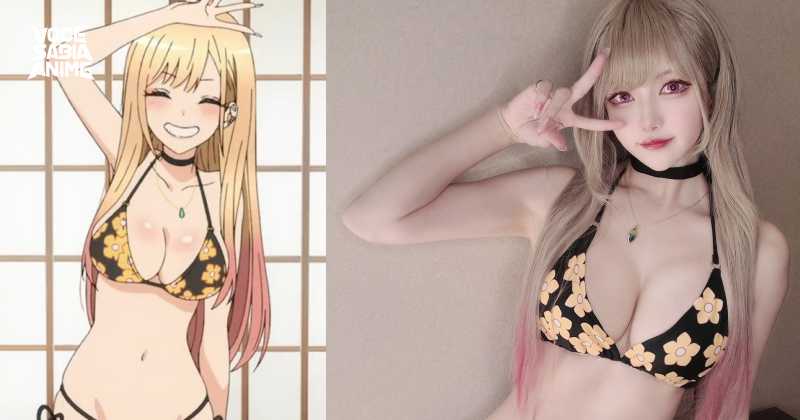 Cosplayer doubles number of followers thanks to Marin in a bikini in a short time! That my friends, that is the supreme power of a Waifu! That’s why anime with good waifus are successful!

Let’s get to this story!

There is a cosplayer named Kipi, she has been active on Twitter for quite some time and she is cute, but she didn’t have a big growth on Twitter, she gained followers very slowly.

She then started cosplaying Marin, but from what I could see, she decided to cosplay Shizuku-tan first

So now for the interesting part of the story, on February 23, 2022, Kipi had around 80,000 followers on Twitter, and it was on this very day that she decided to post this picture here:

On February 25th she posted this one:

Remember what I said above? On February 23rd Kipi had around 80,000 followers, on the 23rd and 25th she posted her Marin cosplay in a bikini, do you know what she posted on February 26th?

That was February 26th, today March 3rd she has 123,774 followers and all this after posting her Marin cosplay in a bikini!

She has had this profile for years, didn’t have a very fast growth on Twitter and didn’t give up posting cosplay pictures and her moment finally came, finally surpassing 100,000 followers.

I think it’s cool that people like that keep going for a long time without giving up, one day it happens, right? Congratulations to her!