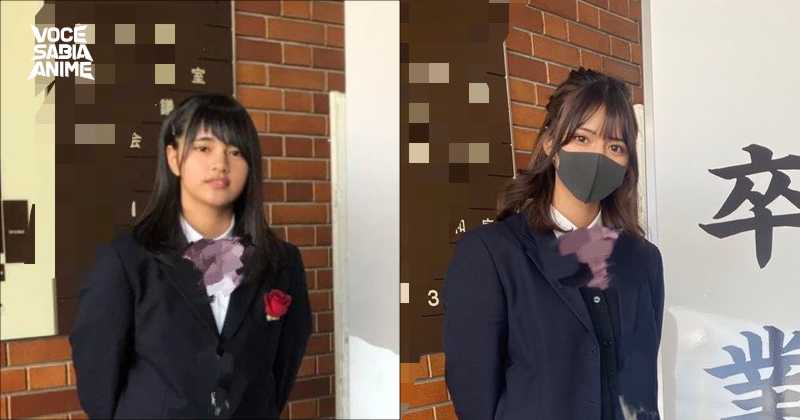 College student goes viral with Before and After School comparison. March is the month when many students graduate from school, since the school year in Japan starts in April and goes until March.

And we have many students graduating, for example, we had the case of a girl who graduated and went with a cosplay of Emilia from ReZero for this very special date.

And now we have another schoolgirl that went viral, Mion posted two pictures, the first picture shows her at the school entrance ceremony, years ago, when she was about to start her school life: This picture here is her graduation picture, years later: What a difference, right? Then this post went viral, with more than 90,000 likes and more than 5,000 shares she went viral because she looks so much prettier today than when she started school!

Comparing the two pictures, it is clear that in the second picture she looks much more confident, now she is wearing more make-up, her hair is tidier, her aura is more different.

These were some reactions from Japanese people:

“great job on keeping the length of the skirt”

“Both pictures are good, hard to say which is better”

“Before and after climbing the ladder to adulthood”

“It’s precious, I look forward to watching my daughter become a wonderful adult like that”

“She was cute before but now she is 500 times cuter”

Anyway, what did you think about this?