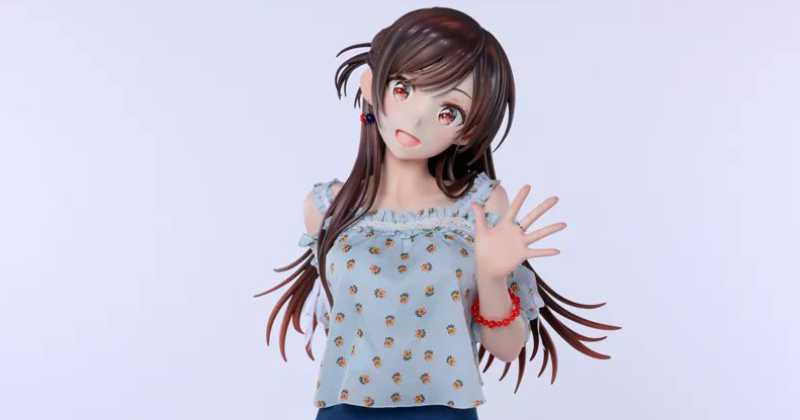 The promised Chizuru’s Life-size Figure from the Kanojo Okarishimasu anime has finally arrived at Kodansha. This figure was made thanks to a vote in celebration of the 200 chapters of the manga.

The character who won the vote would win a life-size figure, and Chizuru, the main heroine, was the big winner. According to Kodansha, the figure is 1.62, check out the pictures of the figure below:

The Chizuru’s Life-size Figure coming out of the box it came in:. The details of Chizuru’s life-size figure: As a two consecutive-issue project of Weekly Shonen Magazine (30th and 31st issues), one lucky winner will get the right to have date photos taken with this special figure. With the full cooperation of Asakusa Hanayashiki, the amusement park that appeared in the manga’s story, you can take date photos with her. The park will be reserved only for you during the photo session. To win the right, you need the entry tickets that come with both the 30th and 31st issues to be released this week and next week.

A scene from the manga featuring Asakusa Hanayashiki: Very cool, too bad the author himself is dating Chizuru officially.