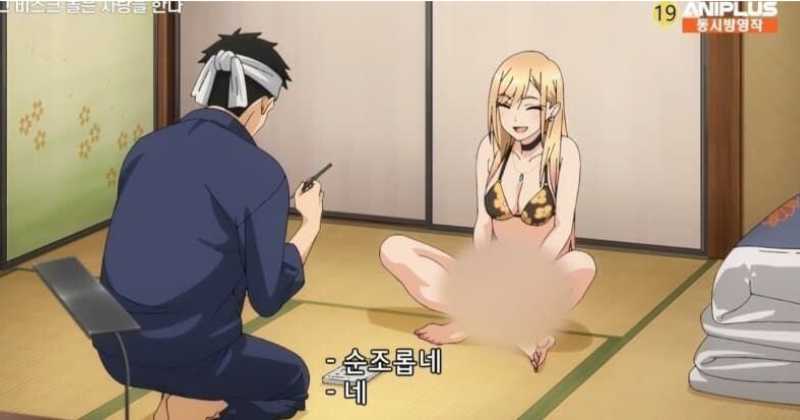 That’s the Censorship of My Dress-Up Darling in Korea, at least on the official AniplusTV streaming service that is streaming this and other animes.

Each country has its own weird laws and regulations and well, episode 2 of My Dress-Up Darling was pretty sexy, as Marin was only in a bikini for Gojou to measure her.

And well, AniplusTV, the Korean streaming service, aired the second episode and well, they decided to censor Marin’s mega sexy bikini, but only the bottom part of it according to the pictures below.

It turns out that their censorship got even worse, implying that she is naked, below are some images that the Koreans posted on forums.

Check out the Censorship of My Dress-Up Darling in Korea

Reading the Koreans’ opinion about the censorship, everyone thought it was ridiculous and laughed a lot because it made the anime even worse, at least put a black stripe like Shuumatsu no Harem’s censorship.