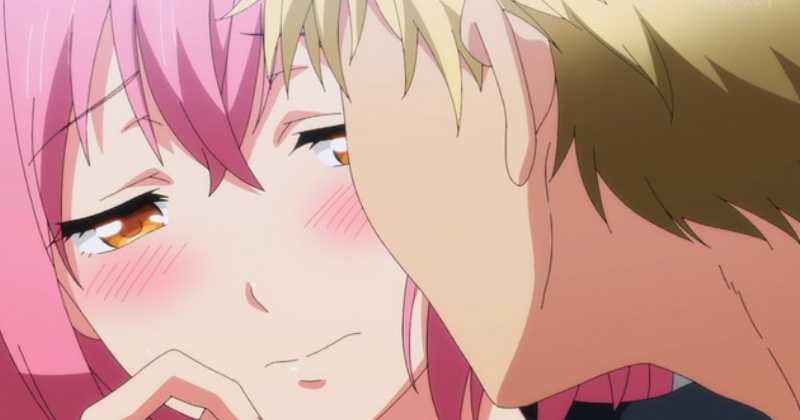 Have you guys watched the second episode of World’s End Harem yet? I haven’t watched it yet but I have seen some footage of it and I am resolved that the name of the anime should be “Black Blur: The Anime”, because the censorship in Episode 2 of World’s End Harem is worse than in the first episode.

As you may know, there are two versions of the World’s End Harem anime being broadcast at this time.

The first version is the one being shown on free-to-air TV channels and on some streaming services like Crunchyroll (which has most likely already received this from the Japanese, despite the criticism).

The second version is the uncensored one, which the closed TV channel AT-X is broadcasting. AT-X already has a history of always showing the animes uncensored.

But anyway, the censorship in episode 2 of World’s End Harem is impressive because the black blurbs cover the entire screen. Here is a curiosity about the censorship used in the anime, which consists of these black shapes, they are actually “faithful” to the manga.

The manga of World’s End Harem was censored when it was published in the magazine, and the censorship they applied was exactly the same one they decided to use in the anime, this is a funny detail.

Anyway, below is a video showing the animated censorship:

“The screen is black”

“I can’t stop laughing at the censorship”

“You can’t see anything”

“The only thing I can see is the mouth, but if the whole screen is black what am I supposed to enjoy?”

“Is the LCD broken?”

“It would be better not to broadcast at all”

“It’s good publicity, so a lot of people will want to see the uncensored version”

I don’t know if this kind of posting will become routine while the anime is being broadcast, but this censorship of World’s End Harem is really quite funny.

Mizuhara Reito is an ordinary boy who wakes up in a world of 5 billion women and 5 men. Now it’s up to him to repopulate the human species. Can he stay loyal to his missing childhood friend when all humankind is counting on him to sleep with as many girls as possible? less