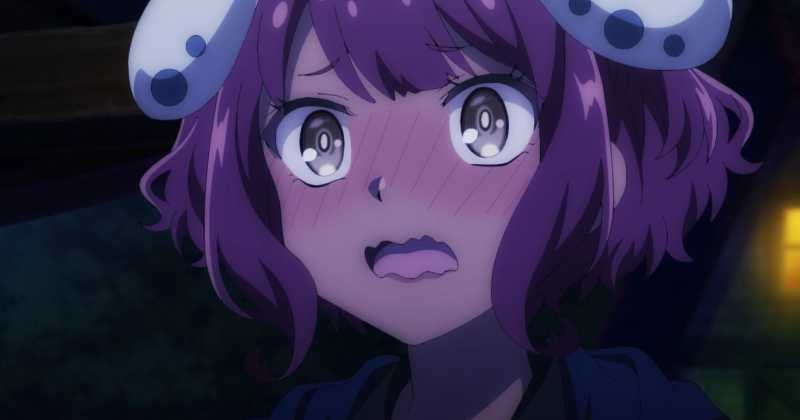 Did you know that The Dawn of the Witch author created Holt with a Big Bottom? And not just the ass, big tits and thighs too! unnecessary ecchi?

In an interview given to the Mipon website, the author of the anime The Dawn of the Witch talked about several curiosities about the anime, light novel and that she told the anime staff that Holt has a big ass!

Kobashiri responded with the following:

However, I want to point out that I didn’t make her like that to make her stand out, or be the butt of jokes and teasing. Yes, she’s full-figured, but that’s just how she looks and none of the characters make a big deal of it.

Asked if she made any requests regarding the anime and manga adaptation, she says she did, and see what it was in the author’s words:

Absolutely. I made it very clear to Iwasaki-sensei [Takashi Iwasaki, light novel character designer], Tatsuwo-sensei and the anime character designer to make Holt’s bottom and legs thicker. I told them, “Remember, she’s got a big butt!” So to answer your question, yes. [laughs] As you can see in the images above, Holt really stands out for having a very “big” body, and that was the author’s desire to create such a character.

The Dawn of the Witch Synopsys

Although he attends the Royal Magic Academy in the Kingdom of Wenias, Sable has the worst grades in the entire school. As he has no memories of his time before attending the institution, when Headmaster Albus tasks him with a special training regimen in the south, Sable eagerly accepts it. Alongside the Dawn Witch, Roux Cristasse; Holt, a human girl with antlers; and Kudd, a lizard Beastfallen, Sable must establish a village of witches in a region where anti-witch sentiment remains strong.

During their journey, the quartet avoids former members of the Dia Ignis Arbiters—a group of witch hunters notorious for murdering witches and civilians alike. Five years ago, their organization was disbanded and given amnesty with the end of the war between the Church and witches, but their members still linger and are ready to capture any mages they come across.

Thankfully, with Roux’s Staff of Ludens, the “witch-eater,” and Sable’s unlimited supply of magic, the group may be able to accomplish their mission for Albus. If not, Sable’s memories of magic and the academy will be taken away, and he will be left with nothing to guide him to the silver-haired mage who first rescued him.