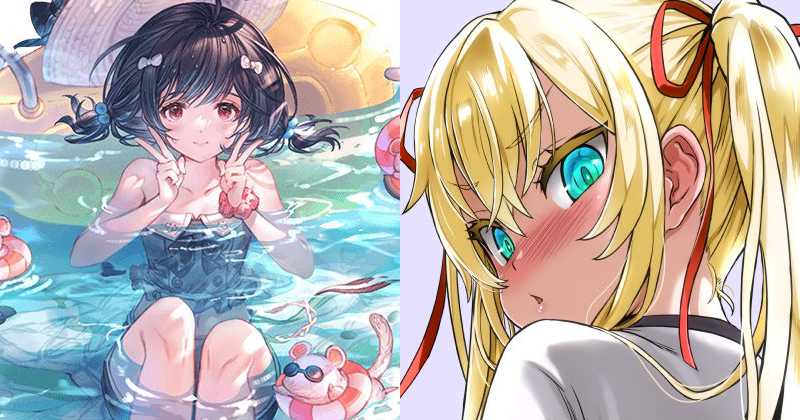 Look at the audacity! Author H Asanagi vows to punish Vikala and Vajra for they not coming from the Gacha in Granblue Fantasy. In Japan it’s summer now (and the temperatures are INSANE HOT), and since it’s summer, you’ll now see a lot of characters in bikini.

In Granblue Fantasy we are already in the summer whit new skins for the summer, and two characters from the game received new beach skins, where they are dressed in their beach clothes.

First we have the Vajra: She was cute, right? And we also have a summer skin for Vikala: Another cute girl, now let’s get to the topic of the post!

Granblue Fantasy is a gacha game, where you spend items on summons hoping that the character you want comes along, and you know who was unlucky?

ASANAGI is well Known as an author of adult manga where women are brutally submissive, if you’ve ever read one of his works you know how heavy it can get. There are few works of his that I can finish reading and enjoy, if it’s something that ends up involving amputations or feet. Anyway, he tried to take out the two cute little girls in the gacha and they wouldn’t come, you know what he said about that?

Neither Vikala and Vajra came, I have no choice but to punish them with a summer doujin… I really didn’t want to do that but… everyone has a bad gacha rate

Yeah, Asanagi promised to “punish” the two girls in a doujin H for not coming to him in the gacha, I just wonder what terrible things Asanagi will do to them because of this insolence!